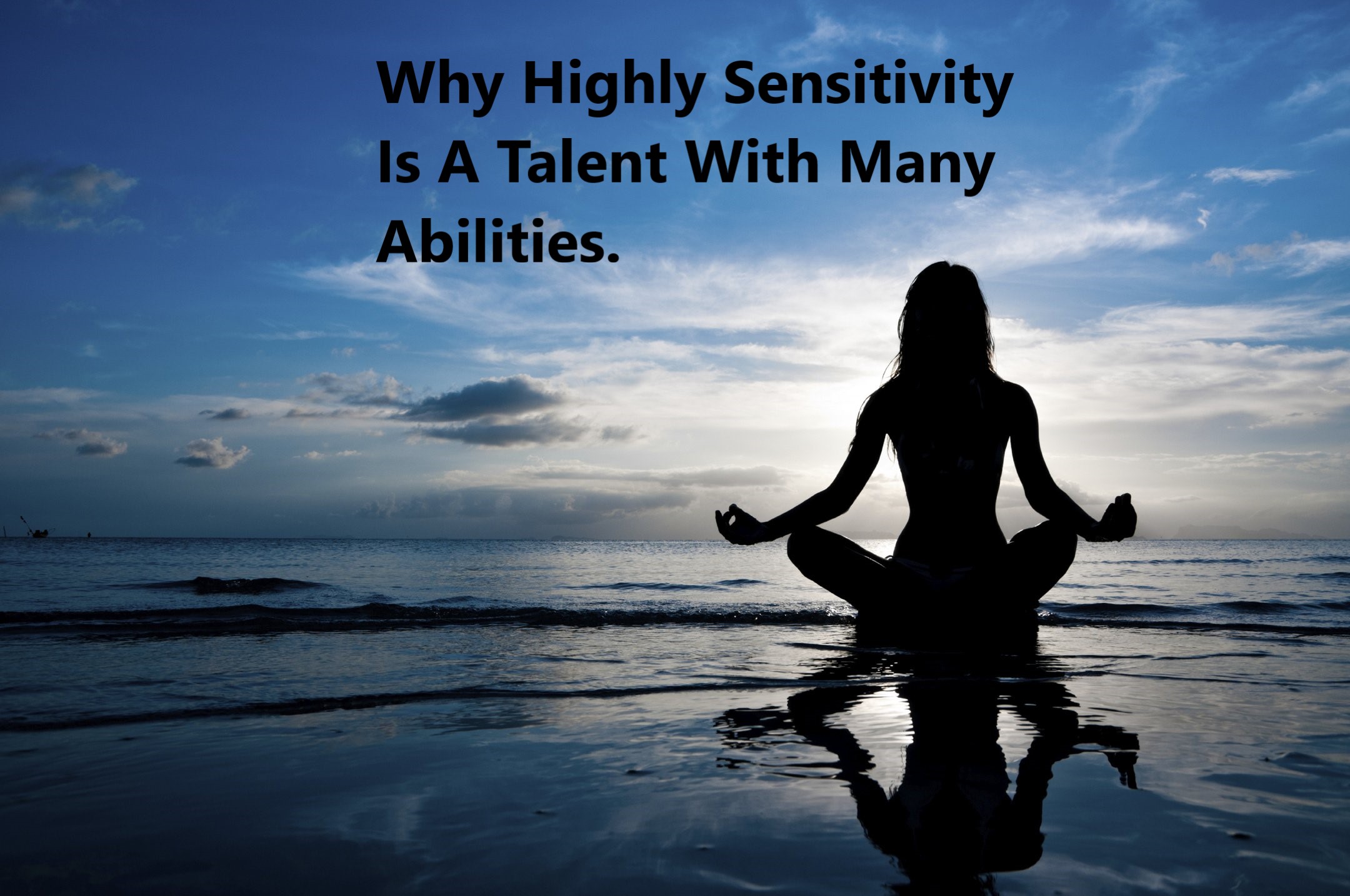 Why Highly Sensitivity Is A Talent With Many Abilities. First of all, I would like to talk about sensitivity. The term is used for both psychological and physical sensitivity. Physical sensitivity – or irritability – realizes a basic property of life, through the nervous system. It enables the living being to adjust to its environment, to ward off danger, and to strive towards usefulness. Simply explained: The nervous system receives information about the environment and the organism, processes it, and initiates appropriate life-supporting reactions. Of course, all people have sensitivity.

The only difference is the degree of general sensitivity. Highly sensitive people have a strong sensitivity due to the constitution of their nervous system. The phenomenon that a minority of the population has above-average sensitivity has always existed – and has apparently proven itself in evolution. But until the end of the last millennium, there was no special name for it.

The external image shapes the self-image.

Typical phrases that very sensitive people have heard over and over again from an early age are: “What you always have,” “You’re oversensitive,” “You’re so difficult,” “You make it complicated,” and “Don’t be so difficult. And then the well-intentioned advice: “Just don’t listen!”, “Just grow a thicker skin!”, “Don’t take everything so much to heart!”. For their fellow human beings, it is not at all comprehensible how one can be so extremely sensitive to sounds, smells, optical perceptions, touches, and emotional impressions. The lack of understanding that highly sensitive people encounter and the difference that they themselves notice in comparison to others has often led them to assume that there is something wrong with them. They feel somehow wrong and as an outsider, are full of self-doubt and struggle with their nature.

Why Highly Sensitivity Is A Talent With Many Abilities

About 20 percent of all people not only perceive more stimuli than others but also do so much more intensively. Such a distinctive talent to notice everything in a more differentiated and stronger way is called high sensitivity.

Those who are highly sensitive can sense very precisely how others are feeling. Sometimes it is enough for a highly sensitive person just to enter a room to be “struck” by the charged atmosphere that prevails between the people there.

High sensitivity – and its shadow

It is precisely these shadow sides that make you suffer as a highly sensitive person. Because you feel more vulnerable.

Highly sensitive: 3 tips on how to deal positively with your gift.

Learn to control your perception in a targeted and skillful way. Learn to better protect yourself mentally and energetically. In this way, embrace your great inner wealth that your high sensitivity brings you.

Perception is the central point for you as a highly sensitive person. Because your antennae perceive the finest vibrations and stimuli. Unfortunately, this talent can also become your greatest weakness if you allow all the stimuli to flow in unfiltered, as has been the case up to now. Therefore, you learn to direct your attention in a targeted manner. With the following exercise, you will succeed better and better every day. Because you learn to consciously decide which stimuli you want to take in or not, when and with what intensity.

What do you perceive at the moment?

List all stimuli and impressions. Be it external stimuli, such as the construction noise or the colleague’s phone call. Be it stimuli that you perceive on or within you, for example how you sit on the chair. Also, note on a scale of 1 to 10 how strongly which stimulus is perceived by you. Do you recognize a pattern of perception?

What do you not perceive?

Open your senses consciously. You will notice that there are many things that you have “missed”. Maybe the breeze. Maybe the sound that comes from typing. You are thus already aligning your perception. Congratulations! Because you can now use this gift for yourself in a more targeted way.

Where do you want to direct your perception?

Think about which stimuli you want to let approach you less (strongly) in the future. In the future, consciously block out stimuli that come from outside of you in order to no longer “lose” yourself in the outside world.

To be mindful of your boundaries means being and staying centered. Your focus is crucial in this process. As a highly sensitive person, you focus too quickly on the outside – for example, on a colleague who sighs in frustration and immediately draws your attention to himself. In such moments it is called: Focus back on yourself.

In the future, ask yourself the following three questions in such situations:

Your answers will give you many “aha” effects. You will playfully discover that many of the things you feel think or physically sense are “only” stimuli that come from outside – for example, from your colleague. And then you may do one thing: lean back, “send back” all these stimuli, and reflect on yourself again.

Tip 3: Be aware of your own limits

As a highly sensitive person, you know the roller coaster of your reactions. Seemingly from one moment to the next, you change radically. For example, instead of continuing to listen with understanding, lift the other person up, and give him or her all your willingness to help, you respond irritably and refuse to provide support.

Such a change in your reactions is a protective reaction – and nothing else. You realize belatedly that you yourself have overstepped your boundaries or that others have violated your boundaries. At such a moment you are at the edge of your strength and feel only one thing: anger in your belly that you can no longer ignore. That is why you then react so radically different. Learn to take better care of yourself by paying more attention to your boundaries.

Reflect on the following questions again and again throughout the day:

Clarifying boundaries: what is your task now?

Temporal delimitation: What is your turn now?

Spatial delimitation: What is to be done here in this place now?

Professional demarcation: What are you now responsible for in this team or in this collaboration?

Social demarcation: What are you now responsible for in social interaction?

Love this post about Why Highly Sensitivity Is A Talent With Many Abilities? I would appreciate it much if you can share it on your favorite social media spot for others to also read it or leave your comment. Thank you.

Russia and US in 'very sporadic' talks over nuclear issues, Kremlin says Russian officials are in "very sporadic" contact with the United States about nuclear issues, a spokesperson for the Kremlin said on Monday. [...]

Russian citizenship provides 'a little stability' for him and his family, Snowden says U.S. whistleblower Edward Snowden said Monday that "a little stability will make a difference" for his family after Russia granted him full citizenship. [...] 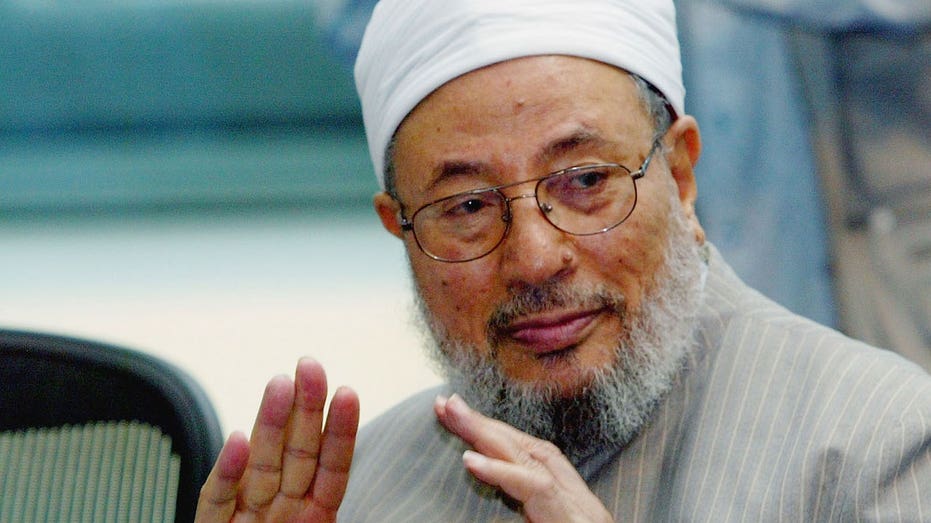 Sheikh Youssef al-Qaradawi, a religious leader who led Arab revolts and championed the Arab Spring uprisings in 2011, has died at 96 years old. [...] 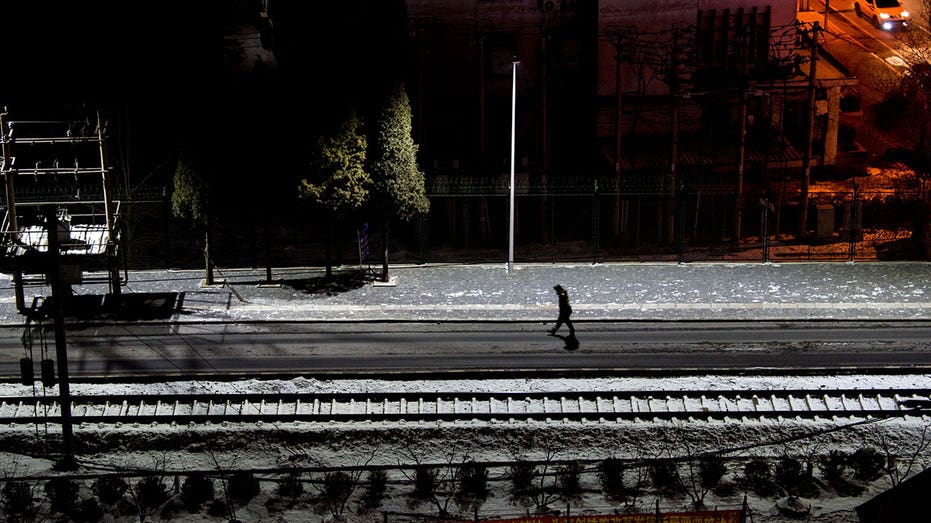 China and North Korea are resuming cross-border freight train operations. Traffic was previously suspended to limit the spread of COVID-19. [...]

Why Shinzo Abe’s state-funded funeral has triggered a backlash 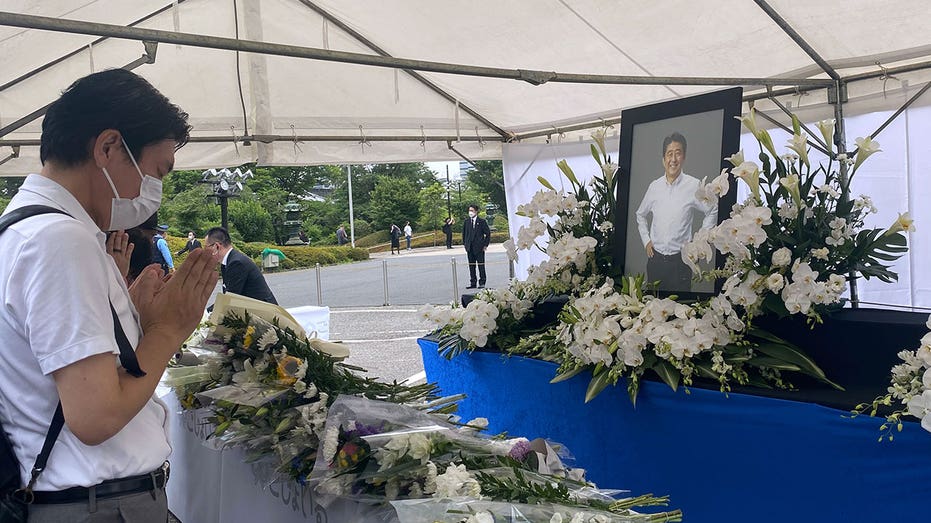 Japan has become divided over the taxpayer-funded funeral for the longest-serving premier Shinzo Abe due to his stance on the Unification Church. [...] 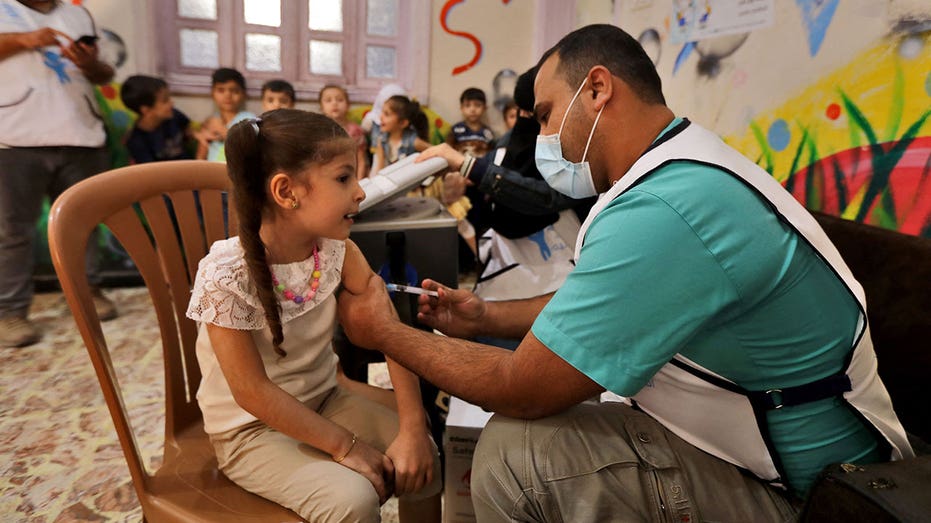 Syria’s outbreak of cholera has infected 230 people and killed 29 people. The United Nations says this is the war-torn country’s worst outbreak in years. [Read more...] 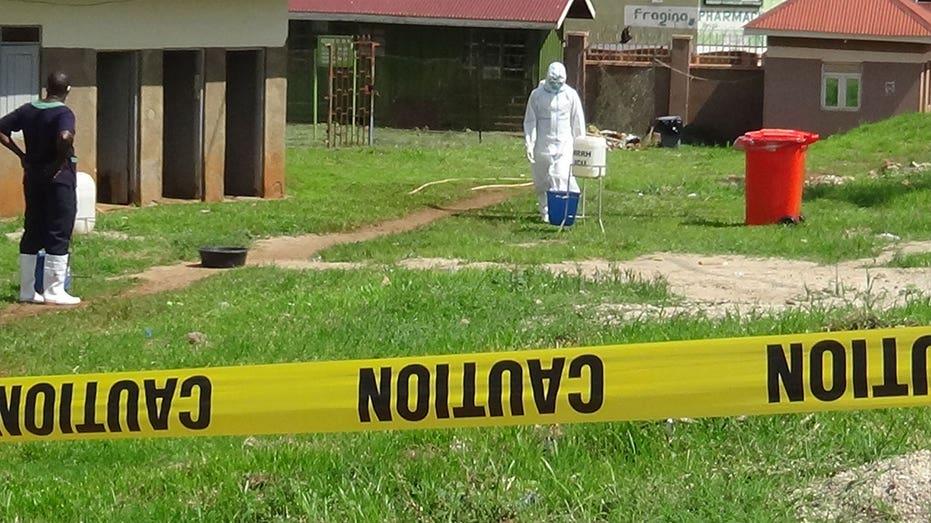 The Ebola outbreak in Uganda continues to spread and affect people. The country now has 16 cases, and a vaccine has still not yet been found for the Sudan strain. [Read more...]

Breath training may help reduce blood pressure by serving as a 'dumbbell for the diaphragm': New study 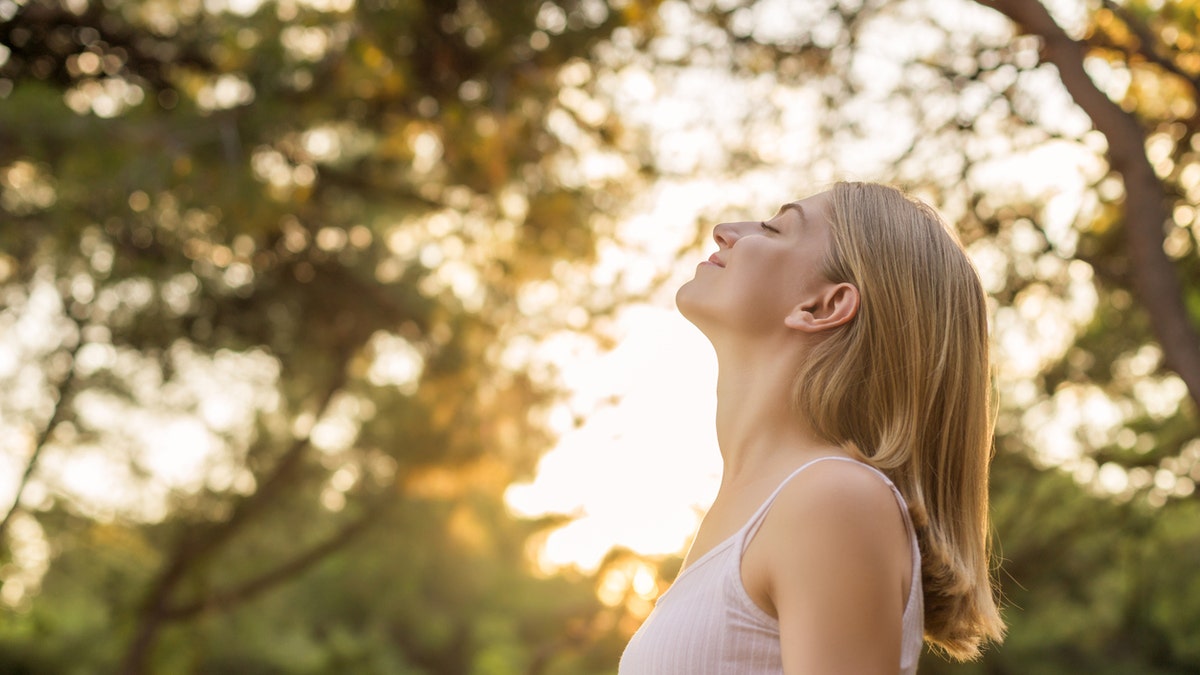 A study in the Journal of Applied Physiology found that a daily dose for six week of high-resistance inspiratory muscle strength training can reduce blood pressure; here's what it means… [Read more...] 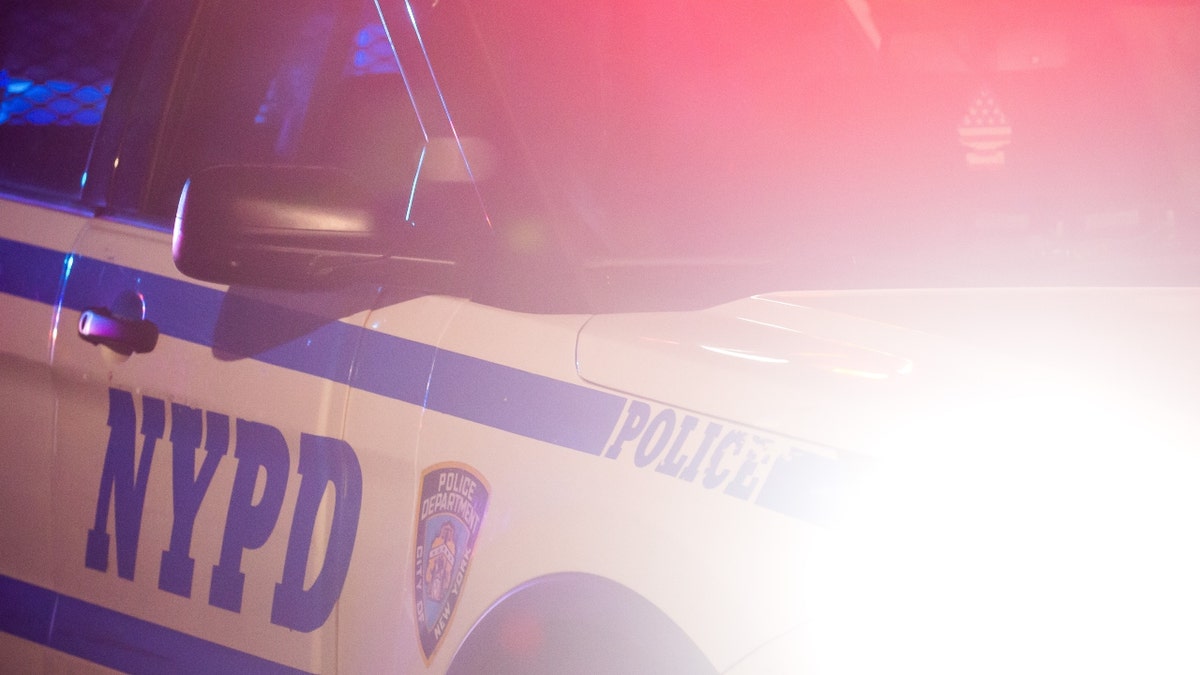 A New York judge ruled that the city mandate requiring NYPD members to be vaccinated against COVID-19 is invalid as applied to members of the police union. [Read more...]

We use cookies on our website to give you the most relevant experience by remembering your preferences and repeat visits. By clicking “Accept”, you consent to the use of ALL the cookies.
Do not sell my personal information.
Cookie settingsACCEPT
Manage consent

This website uses cookies to improve your experience while you navigate through the website. Out of these, the cookies that are categorized as necessary are stored on your browser as they are essential for the working of basic functionalities of the website. We also use third-party cookies that help us analyze and understand how you use this website. These cookies will be stored in your browser only with your consent. You also have the option to opt-out of these cookies. But opting out of some of these cookies may affect your browsing experience.
Necessary Always Enabled
Necessary cookies are absolutely essential for the website to function properly. This category only includes cookies that ensures basic functionalities and security features of the website. These cookies do not store any personal information.
Non-necessary
Any cookies that may not be particularly necessary for the website to function and is used specifically to collect user personal data via analytics, ads, other embedded contents are termed as non-necessary cookies. It is mandatory to procure user consent prior to running these cookies on your website.
SAVE & ACCEPT
Go to mobile version
%d bloggers like this: