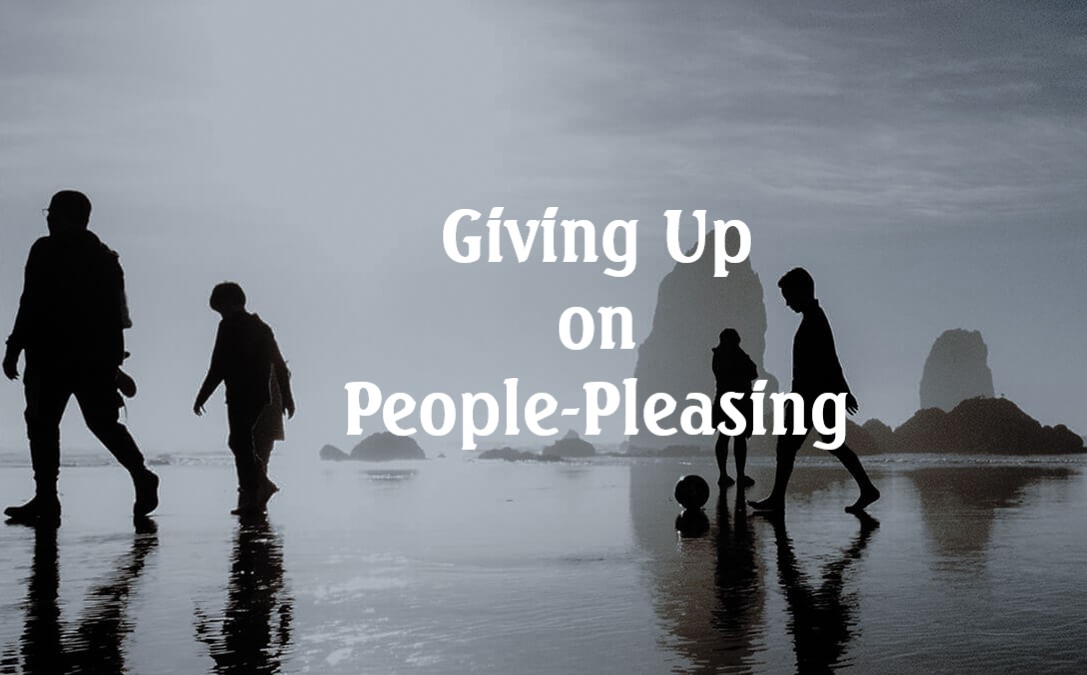 Wondering Why You Should Give Up on People-Pleasing? Are you a people-pleaser? If so, you’re not alone. Many of us are people-pleasers by nature.

What Indicates Someone Is a People Pleaser?

How do you determine whether you’re a pleasant person or someone who matches the description of a people-pleaser? It’s one thing to have a natural desire to assist people. However, people-pleasers frequently become targets of exploitation by others.

Signs you may be a people pleaser can include:

People-pleasers give up their interests and personal beliefs to accommodate another person. They put other people before themselves almost all the time. And they feel like they need to prove their value through others’ approval to feel good about themselves.

Being there for others is a good thing, but occasionally we get into situations where we want to please everyone so badly that we give up a lot of our comfort to do so.

Internally focused. It’s harder than it looks to find a healthy balance between what is given and what is received.

Understanding the Roots of People-Pleasing Behavior

People-pleasing behavior is something that many of us struggle with at some point in our lives. It can be an exhausting way to live, constantly trying to make others happy and afraid of saying or doing anything that might upset someone.

In truth, people-pleasing isn’t always a bad thing; in small doses, it can be a positive thing and help you build stronger relationships with the people in your life.

But when people-pleasing becomes an obsession and a way of life, it starts to have a negative impact on your mental well-being.

It stems from insecurity and fear of conflict or rejection. It happens when we overvalue what other people think and devalue our own opinions as a result. But it doesn’t have to be permanent if you take the necessary steps to change your mindset.

Being present for others doesn’t equate to servitude

I once knew a man who, at some point in his life, had made it his mission to use people’s approval to guide his behavior.

This person, whom we call Mensah, either had no strong religious beliefs or appeared to view himself in discussion as a self-sacrificing champion of the good. He had worries and fears, and he was a fairly typical person with minimal moralism or a propensity to pass judgment on others.

Mensah merely differed from the majority of other people in that he truly acted as if he owed someone something. He never disputed that he lived to satisfy his neighbors.

Mensah, therefore, provided numerous opportunities each week to express gratitude to others for their efforts in making individuals in his immediate vicinity a little happier.

He forfeited the chance to decline some requests, take care of himself, rest, or simply do what he felt like doing at the time in return for this.

Everything appeared to be a straightforward transaction in theory. After all, it is claimed that the person who learns to give without experiencing loss is the richer one. We benefit from seeing and experiencing the happiness of others we care about.

But Mensah was unaware that the dynamics of the personal relationships he formed were unrelated to the bottom line.

He didn’t benefit from the sacrifices he made; rather, they made him feel like a slave even more.

Mensah claimed to be happy three months after formally pledging to constantly assist others in everything and assist them in every way. But a few weeks following the aforementioned event, he experienced his first panic attack. How did it happen?

Mensah learned about the culture of hard labor that had kept him out of contact for most of his life during the months when he decided to work hard for his friends and family.

However, he also learned something else during this process that was more subtly and unintentionally revealed to him at a deeper level of his mind. The habit of using one’s desires as a justification for not working toward others was something learned through this experience.

However, the guilt that appears out of nowhere causes us to dynamically plead for permission to continue existing, which is oddly what we do to avoid our most significant responsibilities.

The life we lead Even though it appears like a deception, we are afraid of ourselves since we can become known for always paying attention to other people’s requests.

Mensah’s story demonstrates how much a broken romance harmed his self-esteem, and how he never had the guts to take himself seriously.

Choosing to become a workforce to polish someone else’s life may be challenging, but at least it is something straightforward that can be carried out mechanically.

Not that Mensah began harshly condemning himself without apparent cause was the worst aspect. The worst part is that many around him started to believe they deserved all of his focus and effort after becoming “infected” with this mindset as well.

He could simply say no to everything. At first, getting out of that dynamic would have been a lot simpler, but once everyone absorbed those thoughts of Mensah as the “always helpful Persona,” it turned into a trap that could only be escaped with psychological assistance.

Constantly making sacrifices for other people is a loss on two levels. We regard our bodies like machines that must function until they malfunction, while we lose the capacity to choose whether and how to behave.

Simply said, we are always pushed to make decisions that will help others, and then we try to make up for it by creating circumstances that have presumable advantages for them.

However, if those folks realized what was going on in our thoughts, they would prefer things to return to normal. Nobody decided to stake everything on a letter of self-sacrifice.

A person who acts remorseful about something can be held accountable for it, therefore we can expect more from him.

On the other hand, a person who is used to living a martyr’s life will think that his original sin is something for which he will always be held responsible, regardless of whether it occurred or not.

The only way to keep the lines between actual and hidden sacrifices clear is to practice persuasion and learn to respect yourself.