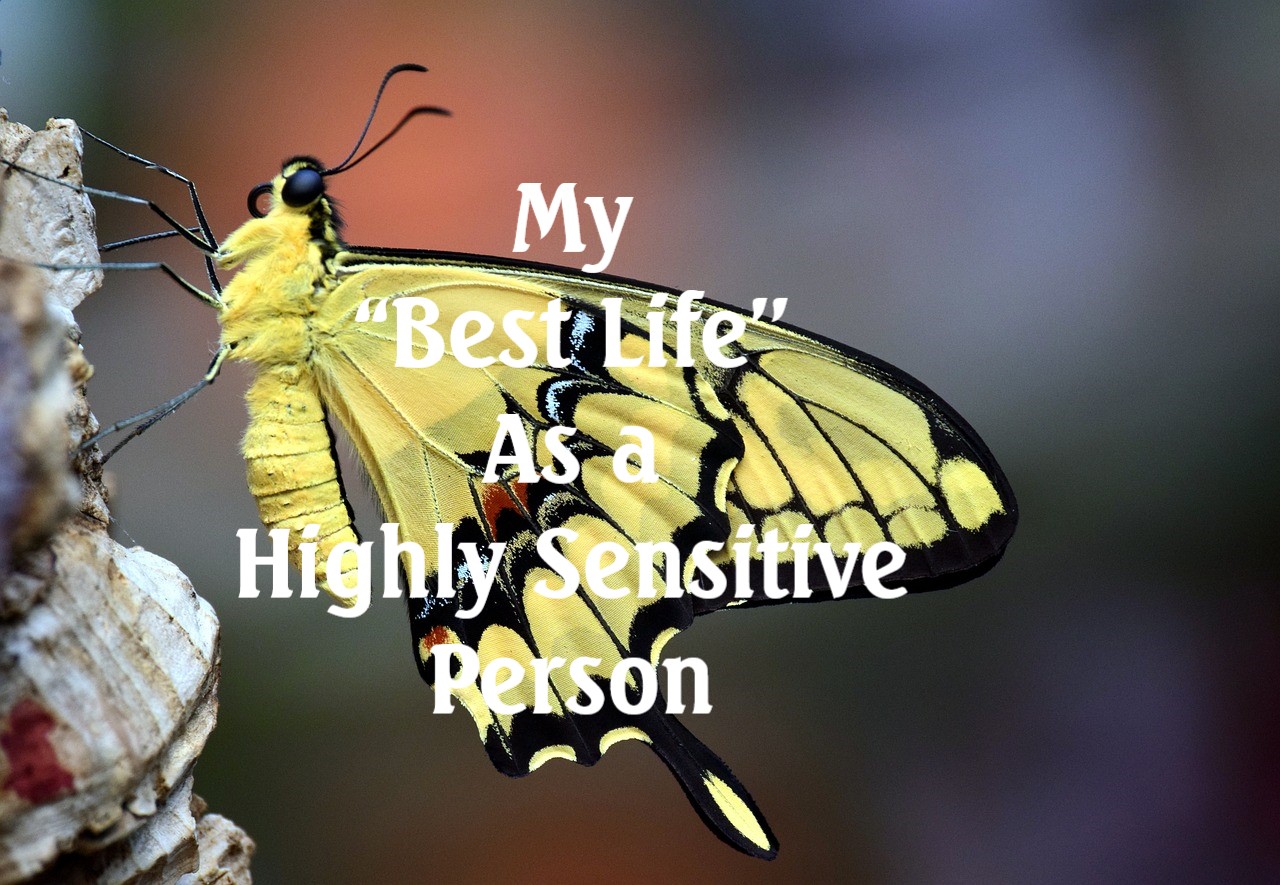 My Best Life As a Highly Sensitive Person. Even as a young child, I always felt different.

My world began to open up the moment my mother discovered that I was a highly sensitive person.

My understanding of why I felt certain things more intensely than others or broke down in tears at the slightest provocation suddenly increased.

Life became easier once I learned to value my sensitive traits.

If you’re a highly sensitive person. You can probably relate to how simple it is to feel overwhelmed (especially these days).

Thankfully, despite how intense my emotions may be, I have discovered ways to find more peace in my life. Because of this, I’ve had a lot better luck in life.

If you have a high tolerance for stimuli as I do, you could easily become overwhelmed and excitable. But when a friend needs compassion and a listening ear, they frequently turn to you first.

In the end, when they tell you about anything that has happened to them, whether it was happy or unpleasant, you tend to feel like it occurred to you as well.

Nevertheless, you are happy to assist them.

The daily struggles of everyone who is extremely sensitive are real.

Being highly sensitive means that many things in life are pretty exhausting.

“Don’t be silly’’ or “don’t take it personally’’ are two phrases that have been part of my vocabulary my entire life.

My personal biggest accomplishment is getting better at managing my high-sensitivity nature.

People like me are extremely perceptive of both our physical selves and our surroundings.

For highly sensitive people, the environment around them is very important.

Since I was a child, I had a great imagination and creativity, which was also connected with my perception of my surroundings. When I’m outside, I perceive with all my senses, I notice details and colors.

My memories are associated with music or smells. And sometimes I feel like a sponge that soaks up everything around me, especially people’s emotions.

At first, I didn’t realize that I was taking on the emotions of others and it was very confusing for me.

I’m an empathetic person, so it often happened that I was sought out by so-called emotional vampires, which was incredibly exhausting.

Sometimes when I have many stimulants in a day, it takes me a while to process everything.

Because of my sensitivity, I really try to focus only on the most important things, like research on effective ways to reach the public, writing blogs, and offering assistance to people I know, which I find very calming.

I do not perceive sensitivity negatively. For me, it is simply an explanatory term that describes why I made certain decisions.

As for my strong point, I would say it is intuition. I define intuition as knowing what I know without always knowing how I know it.

Naturally, Highly sensitive people usually have a highly developed intuition because their information processing is driven by emotions. We don’t process anything we don’t care about.

My Best Life As a Highly Sensitive Person

Personally, as a highly sensitive person, I often blamed myself for feeling out of place in the workplace.

That’s why it’s important to review your past. Highly sensitive people need to understand that their reactions are normal and they also need to see the positive sides in order to use them.

Highly-Sensitive people (HSP) at work are often perceived as stressed and anxious, others say that they are oversensitive and cannot accept any criticism.

Effective sensitive people are not so much noticed anymore – and there are no limits for them.

Research is very clear about our abilities, including empathy. Highly effective sensitive people are usually noticed by others only because they love solitude.

Only now are people slowly starting to address individual differences in the workplace. Highly sensitive people need an environment with low stimulation as well as special feedback.

If businesses paid more attention to highly sensitive people and their needs, they would probably retain the best employees.

What advantages do highly sensitive people bring to the workplace, especially in leadership positions?

John Hughes wrote an article on LinkedIn in which he describes three specific skills of sensitive people. According to him, these skills make exceptionally effective leaders.

The first is attention to detail. He says that “Highly sensitive people absorb everything that happens around them, especially the finest details that others usually miss.

They perceive and absorb everything. Even though sometimes it can be too much for us and we want to retreat to the background or even leave in certain situations, perceiving the details of the surrounding environment is an invaluable ability of leaders.”

The second ability is processing information before we react. Hughes says, “Highly sensitive individuals naturally prefer to process the information they have received before acting or speaking… Team members feel more valued because they are free to speak and contribute without being stopped by an overly anxious leader who wants to push his own agenda. ideas or push your agenda.

Highly sensitive people are better predisposed to be leaders because they are naturally in the background, which allows other team members to shine.”

And the last one is resonance. Hughes says, “Resonant leaders know how to say and do the right things at the right time. This is not luck or magic, it is their innate ability to feel deeply, process richly, and patiently consider the right words and actions for the moment. Highly sensitive people do this naturally.”

What people don’t understand or misunderstand about highly sensitive people?

Identify them. Highly sensitive people are frequently valued for their contributions, yet their needs are frequently misunderstood. For instance, it’s crucial to understand that these individuals take criticism seriously. They are aware of how to take advantage of compliments. However, if you give them too much information, they’ll overthink it and change the entire thing rather than just the necessary parts.

My Best Life As a Highly Sensitive Person

Highly sensitive people are remarkable because we want to fulfill larger purposes that transcend ourselves. I know that I am less likely to fall into the loop of pursuing a needless high wage in an effort to try to buy my way to happiness because I am an HSP who is constantly seeking balance within myself.

Regarding finding a purpose, I am aware that it may not always be simple for an HSP. The ability to identify your passion with absolute certainty is also challenging. The biggest advice I can provide to my fellow HSPs is to not second-guess their purpose because of a previous toxic or unfavorable work or life situation.

Even though each Highly Sensitive Person(HSP) likely defines their “best life” differently, I believe the majority of us would agree that it entails living a happier and more fulfilling life.