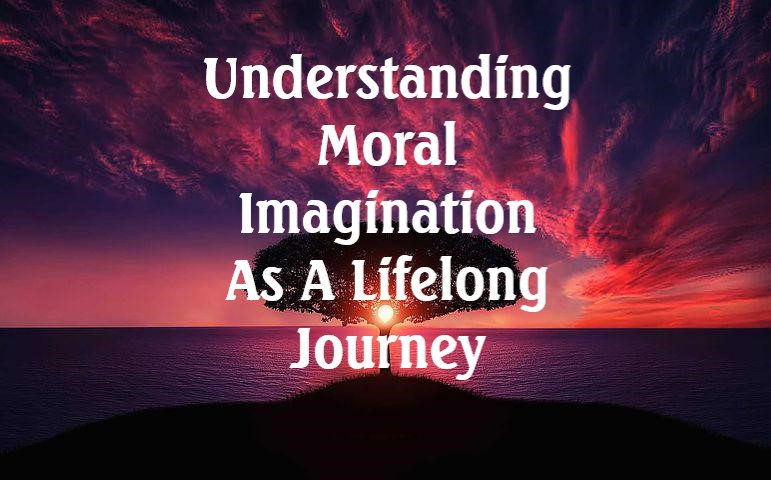 Understanding Moral Imagination As A Lifelong Journey. Moral imagination involves paying attention to other people’s perspectives, feeling their pain and needs—and making sure the world around you is fair for everyone.

This means continuing to ask yourself questions like: What do I want? How can I help others? Who am I willing to sacrifice so others don’t suffer?

We may start with the best intentions to be moral or ethical people, but we don’t always know how to do that. For example, if you asked me what I thought was wrong with eating meat and then telling someone else not to eat meat because it’s unethical for me, I would probably agree with you—but there are so many other things about our lives that are unethical (or even illegal) that we don’t think about often enough.

That’s why it can be helpful to think about our moral imagination as something more than just following rules or doing what we’re told; this doesn’t mean ignoring all wrongdoing in society.

Instead, it means taking care not only of yourself but also thinking about how others might be affected by whatever actions we take on ourselves or towards them.

Being moral or ethical isn’t just about following rules and doing what we’re told. Rules and laws aren’t always enough, even when they’re good ones!

In fact, some of the most important things in life—like love for our family members, compassion for others’ struggles, and respect for other people’s beliefs—are often prohibited by the rules and laws of society.

Moral imagination is a lifelong journey, and you can always learn more. The important thing is to be open to new ideas, whether they come from yourself or others.

You’ll make mistakes along the way—that’s normal! But don’t let them stop you from learning from them and moving on.

It’s also OK if at times it takes time for your moral imagination journey to mature into something that feels natural and easy for you; sometimes we have to work through issues before we get there.