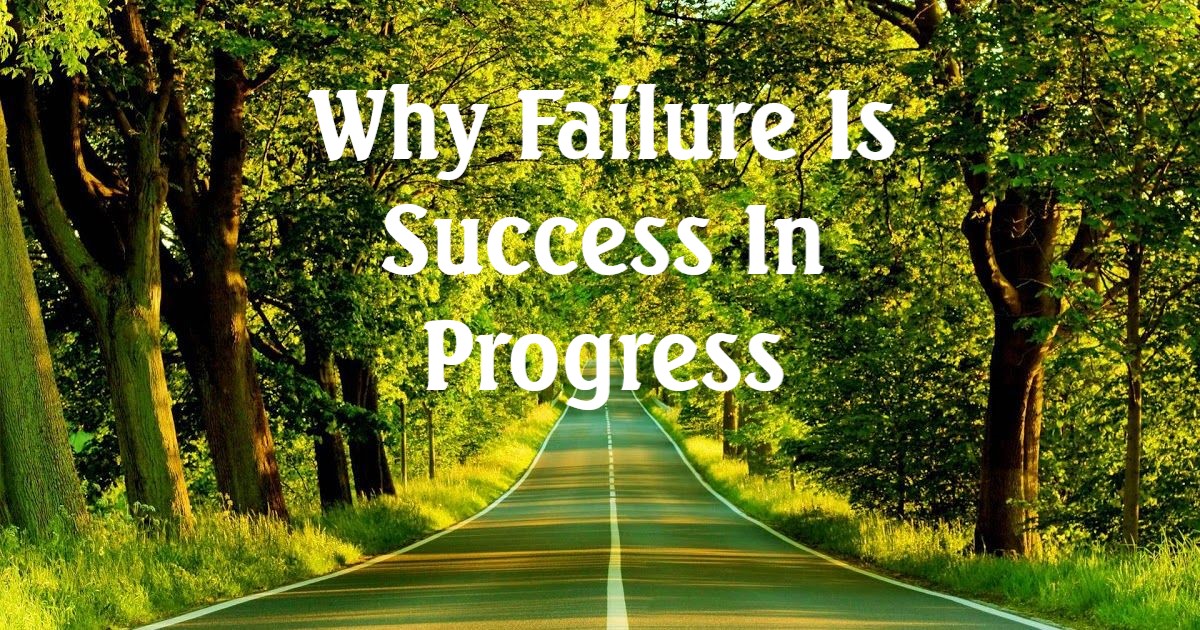 Why Failure is Success in progress. Our greatest failure lies within us, giving up on things without even trying. To be successful in life, never give up trying.

Although failures are part of daily life, people don’t like to talk about them. But we need to understand why this is so and why it is precisely through failure that we can grow.

Whether it’s a project that didn’t work out as planned, you weren’t considered for a vacant position by your employer of choice, or you’ve failed an exam several times – when it comes to failure, the first impulse is usually to sweep it under the rug.

What occurs to very few people is to talk about the failure and own up to it. Keeping quiet leads to stigmatization and non-acceptance of mistakes in society and contributes to the fact that even fewer people dare to go public with their personal failure – a vicious circle. Making mistakes visible would have a useful learning effect and the advantage that they would probably not be repeated a second time.

Failures are a part of the process of success. Most often those who have failed the most are also those that succeed most. Why? It’s actually simple. They try more than the rest of us. No matter the activity or work you do, if you keep on persevering every time on your goals, regardless of the obstacles or how many times you fail, eventually you’ll come out on top.

Failing is the first step to the path of success. It means you are trying in every way to make it in life.

Why Failure is actually success in progress. When you are choosing to be successful, you are also choosing to be failed. But, eventually, you will find new ways to reach your goal.

W. Clement Stone said: “Like success, failure is many things to many people. With Positive Mental Attitude, failure is a learning experience, a rung on the ladder, a plateau at which to get your thoughts in order and prepare to try again.”

Stand up once more than you fall down

If you take a closer look at so-called success stories, you can see that every triumph is preceded by an accumulation of defeats – the result of someone standing up once more than they fell down. The point is not to get discouraged after the first setback and throw in the towel, but to classify one’s failure as a temporary event and to continue with the newly gained knowledge – even with the risk of suffering another failure.

If inventor James Dyson had been impatient, the bagless vacuum cleaner would never have been invented. He built an incredible 4,126 prototypes before the product was ready for the market. For example, if Joanne K. Rowling had stopped looking for a publisher for her manuscript after being rejected by the first publisher, we would not know the “Harry Potter” book series, which has sold over 500 million copies and been translated into over 80 languages today.

Nothing good comes easy in life. The probability of your success depends on your hard work and attitude. You can never succeed without meeting deadly challenges.

Everyone can start something but finishing something is not everyone’s cup of tea. And those who are the finishers, are the real successor.

Whether in our private lives or at work, mistakes happen, and we all have to admit to shipwreck from time to time. What’s much more important is how we deal with it.